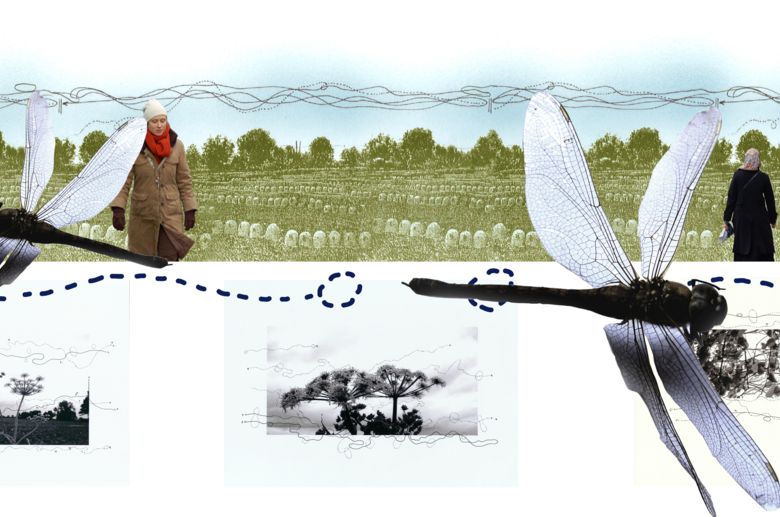 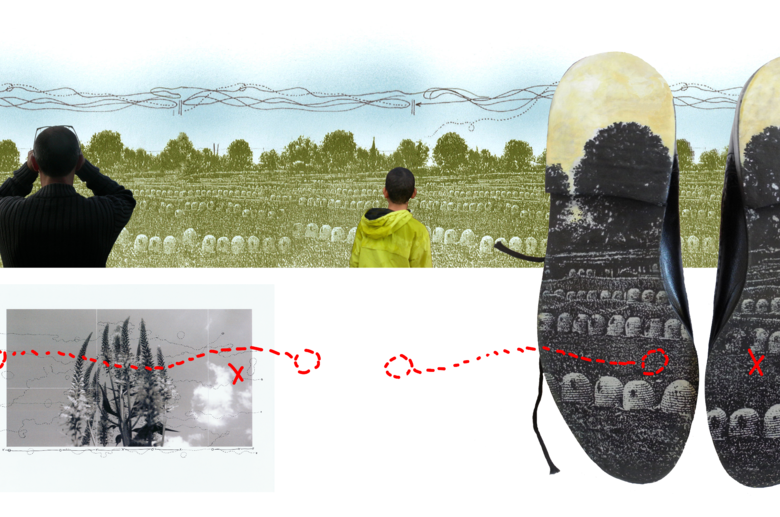 Previous Next
FLYWAYS
Sound walk in Flushing Meadows Park, in the frame of STEP Saunter, Trek, Escort, Parade - exhibition in Queens Museum
“Does the dragonfly leave its skin? And its face can only see the face of the sun?” (Poem of Gilgamesh)
The flight as a higher definition of the self, a replacement of the illusions´ system of the being, is a continuous flow of human dreaming. The vision on flyways, in an artistic interpretation, intends to polarize esthetical and scientifically meanings about the patterns created by dragonflies between water, earth and sky.  Music becomes a cymatic experience which configures the patterns of the flight, as a cosmic antenna of the buzzing and wheezing sound in the air and the water ripple of the touch of soft wings. The soundscapes intends to refine the vibration in a visual experience of the flypatterns, ‘committed’ in a performatic dimension with a walking audience. Thus, resonance makes visible the paths of the human flight in an emotional field. And this subtle dynamic is captured in different patterns of the frequencies flying emerged in drawings of the ‘visual waves’.
Texts / literary research by Simona Vermeire
Art works / compositions by Stefaan Van Biesen
Soundwalkdesign - walk by Geert Vermeire
Voice by moira williams